Dolphins are one of the smartest animal species on earth. Their brain size compared to their average body size is second only to humans and their ability to learn as individuals and pass information on to others is incredibly rare in the animal kingdom. Why do we as humans feel we have the right to lock them up and have them perform for our pleasure? Currently in Bali captive dolphins are held at three locations, used in endless commercial tourism programs. These dolphins have had their teeth removed to avoid them from biting the tourists that visit who pull their fins and take selfies with them. Bali has a huge potential for proper eco-tourism and dolphin watching in the wild, and education is key to spread this awareness.

Paradiso Ubud is partnering with the Free Bali Dolphins Campaign for a special event on Friday 5th May. Comprising a puppet show, drawing contest, art exhibition, live music, talks and a film screening the event will bring the community together with the aim of raising awareness of captive dolphins. Featuring activist and star of Oscar- winning documentary The Cove Ric O’Barry, the event hopes to spread the message: No imprisonment of dolphins in Bali.

What is Free Bali Dolphins?
Free Bali Dolphins is a campaign to raise awareness about captive dolphins. Its an initiative started by Ric O’Barry of DolphinProject in collaboration with the Jakarta Animal Aid Network. As of March 2017, 50 companies in Bali support the campaign by placing stickers, leaflets and posters in their premises, including RipCurl. Indonesian and international street artists have made beautiful art murals all over Bali with one strong message: Free Bali Dolphins.

The events kicks off at 4.00pm and the program consists of:
• Puppet show & children’s activities
• Opening of the #freebalidolphin mural photo exposition by photographer Ted van der Hulst and street artists
• Music Performances by KingMasMus and DJ DLYTRB
• Live jam by graffiti artists
• Public discussion with Ric O’Barry and freebalidolphins team
• Film screening of Minds in the Water 90′  : An award winning documentary following the quest of professional surfer Dave Rastovich and his friends to protect dolphins, whales and the oceans they all share. Through Dave’s journey—a five-year adventure spanning the globe from Australia to the Galapagos, Tonga, California, Alaska and Japan—we see one surfer’s quest to activate his community to help protect the ocean and its inhabitants.

Entry is by donation only.

About Ric O’Barry
O’Barry has worked on both sides of the captive dolphin issue, making him an invaluable asset in the efforts to end exploitation. He worked for 10 years within the dolphin captivity industry, and has spent the past 45 working against it. In the 1960s, O’Barry was employed by the Miami Seaquarium, where he captured and trained dolphins, including the five dolphins who played the role of Flipper in the popular American TV-series of the same name. When Kathy, the dolphin who played Flipper most of the time, died in his arms, O’Barry realized that capturing dolphins and training them to perform silly tricks is simply wrong. From that moment on, O’Barry knew what he must do with his life. On the first Earth Day, 1970, he launched a searing campaign against the multi-billion-dollar dolphin captivity industry, the Dolphin Project and has been going at it ever since. 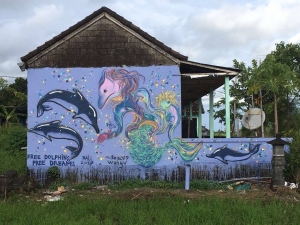 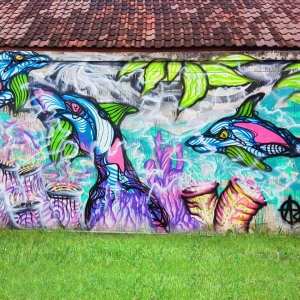